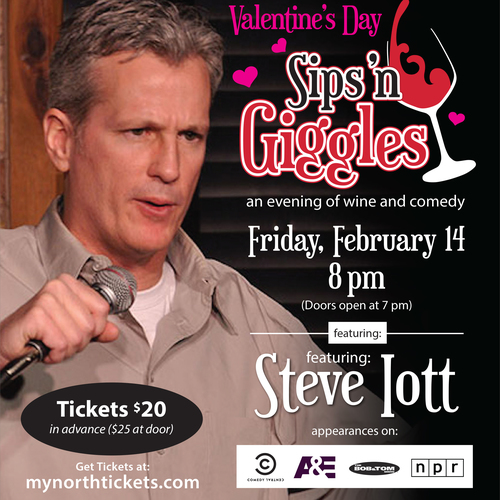 Doors for the comedy show open at 7pm and the show begins at 8pm. Tickets are $20 advance and $25 at the door.

The prix fixe dinner at the Bistro is open from 5pm-10pm and $45 per person.

Steve Iott is an embattled veteran comic who has seen it all and has plenty to say about it. A master of improvisation, Steve takes the audience along as he spins his tales of ridiculous life experiences. No topic is safe and no two shows are ever the same.

In addition to a professional comedian for about 30 years, Steve also writes an award winning column posted on the Internet. He also frequently lies about receiving awards for his writing.

No stranger to either television or the concert stage, Steve has appeared on A&E, NBC, Comedy Central, Bob and Tom Radio and has opened shows for Steven Wright, Chicago, Bill Maher and many others.