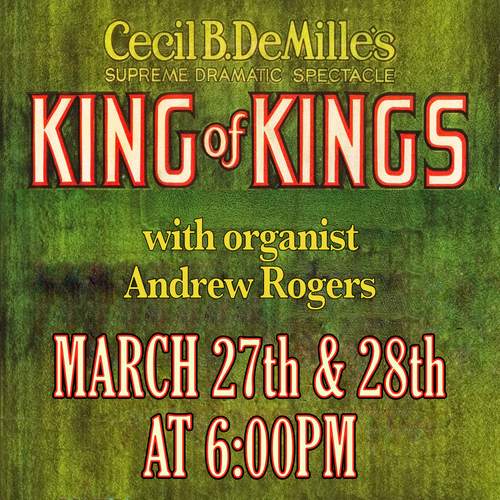 The King of Kings is a 1927 American silent epic film produced and directed by Cecil B. DeMille. It depicts the last weeks of Jesus before his crucifixion and stars H. B. Warner in the lead role.

The film will be accompanied by Andrew Rogers on our ‘Mighty’Wurlitzer theater organ. Rogers, a Detroit native, is an organist at the Michigan Theatre in Ann Arbor. He also scores and performs silent films, and performs concerts throughout the U.S. and Internationally.