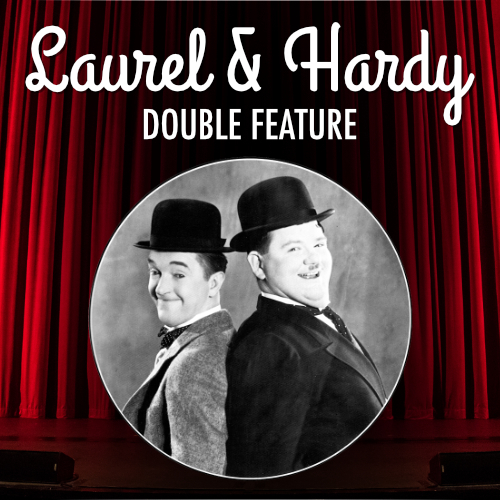 Stan and Ollie play two convicts who share a cell. They dig a tunnel to escape from prison. After making a detour to avoid a burst underground water pipe, they emerge through the floor of the warden's office and are quickly sent back to the cell block after a short chase. Not long afterward, Stan and Ollie cleverly disguise themselves as painters and casually walk out through the prison's front gates during a meal break carrying paint cans and brushes. They are watched by a suspicious policeman, however. To keep the ruse going, they indiscriminately paint everything they see—including a parked car and its engine

Call of the Cuckoos:

Papa Gimplewart  exchanges his house, in order to escape the antics of inmates of the lunatic asylum next door, including characters played by Laurel and Hardy. Unfortunately, the new house turns out to be 'Jerry-built', put up in two days. After several disasters occur, Papa Gimplewart asks "Is there anything else can happen?". He then realizes that the inmates from the asylum have just moved in next door.