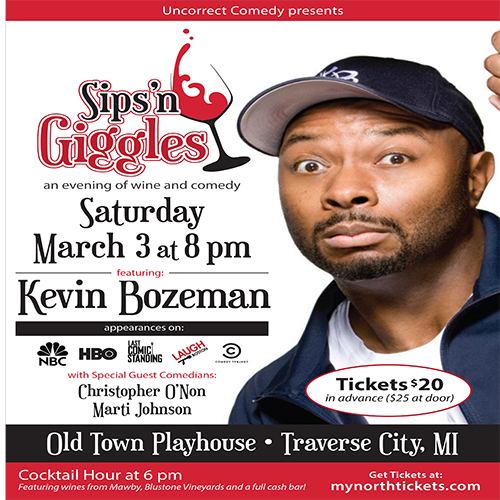 Kevin Bozeman is a seasoned stand-up comedian who has been entertaining in clubs and colleges across the country for over two decades. In 2000 he was the winner of the Midwest region of the HBO's “Comedy Competition” and flew to Los Angeles to compete as a finalist. He performed on Comedy Central’s “Premium Blend” in 2003, and finished 2nd in the Boston Comedy Competition in 2005. He was a semi-finalist on NBC’s “Last Comic Standing” in 2010. This past summer he co-starred in the Indie film “Flat Chested” starring Alicia Witt and Luke Perry.