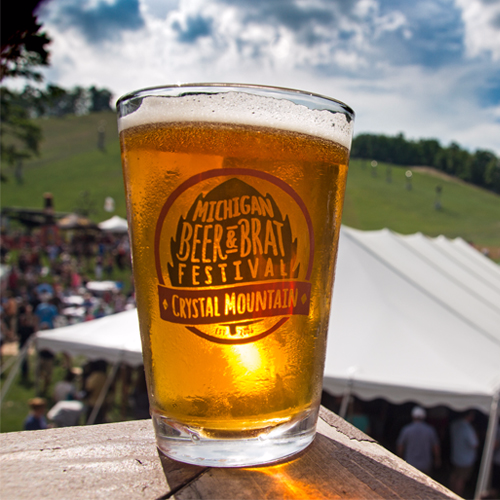 Kick off the summer with this Memorial Day weekend tradition at Crystal Mountain. Join us on Saturday, May 23rd for the 15th Annual Michigan Beer and Brat Festival from 4 to 8 p.m. Enjoy live entertainment from the TC Knuckleheads and the Drew Hale Band. Sample nearly 100 Michigan’s finest microbrews, meads, and hard ciders, plus a variety of delicious gourmet brats from northwest Michigan markets!

Admission at 3 pm (one hour before general admission), one (1) beer glass (9oz), 20 tickets and exclusive access to two brews on our Special Reserve Trail during VIP hour. Tickets can be used toward a wide selection of Michigan craft beers, brats and delicious sides! No refunds. Ages 3 & under are free.

Admission at 4 pm, one (1) beer glass (9oz) and 10 tickets. Tickets can be used toward a wide selection of Michigan craft beers, brats and delicious sides! No refunds. Ages 3 & under are free.

Wristbands are available for pick up May 11 - 23, at Crystal Mountain's Front Desk, located in the Inn at the Mountain. If you are picking up your wristband on Saturday, May 23, wristbands will be available at the Front Desk until Noon, or you can visit the lower level of the Crystal Center after 2pm. Any guests ages 21+ must show valid photo I.D. at admission to the festival. Coolers are not permitted on the festival grounds.

Additional tickets will be available to purchase at the festival for $1 each.

*Some specialty craft beers and meads may be 4-6 tickets due to limited availability.

The TC Knuckleheads are a fun-loving group of musicians that play great rhythm and blues, classic and current rock and country. Typical lineup includes several vocalists, lead and acoustic guitar, harmonica, keyboards/sax, drums and bass. They're ready to get the party started!

Throughout Michigan, the name Drew Hale is synonymous with powerful vocals, compelling lyrics and haunting melodies. In 2016, Drew won the national Country Showdown competition held at the Ryman Auditorium in Nashville, earning him the title Best New Act in Country Music, as well as the $100,000 cash prize. Most recently, The Drew Hale Band won the Detroit Regional round of 93.1 NashFM’s Nash Next contest.

Influenced by Texas roots and artists such as Reckless Kelly and Eric Church, the Drew Hale Band’s music pays homage to the red dirt country and southern rock scenes, as well as paints a picture of their love for the people and culture of Michigan, where the band calls home. You can count on an eclectic show that delivers a dynamic combination of originals and covers that bridge the gap between country, roots rock, and blues.

Stay tuned for announcements on additional brewers and brat vendors!

Crystal Mountain asks that you please be responsible about your alcohol consumption. We encourage our guests to assign a designated driver or use on-property shuttles when leaving the festival. Cars left overnight will not be ticketed or towed. Those who choose not to drink at the festival will still have to pay the same price for admission as those who are drinking. All attendees have access to a lineup of musical talent, food and beverage vendors, merchandise, festival activities and prizes. For this reason, discounted tickets are not available. 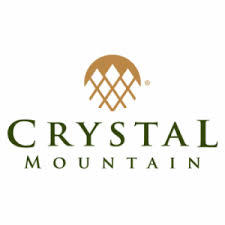