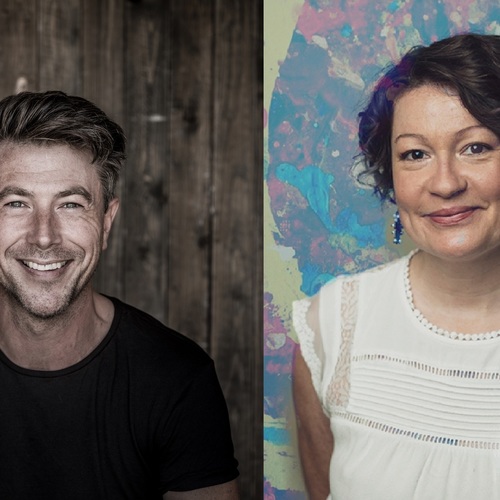 From the first track, Luke effortlessly draws the listener into his genre-expansive, dynamic world. “You Got Mine,” co-written with friend and legendary local musician “Washboard” Lissa Driscoll (who passed away in September 2017), enchants with its laid back grace. Delicate touches of Paul Simon and Robert Cray color this paean to unconditional friendship and camaraderie. With crisp guitar lines evoking Mike Campbell, the gospel-tinged call-to-action “Break Down the Walls” and the easy-country amble “After the Rain” sit astride the solemn and the uplifting. The subtle Stax-inflected soul of the title track casts a disintegrating relationship against the inspirational scenery of the desert Southwest. “Farewell Blues,” a song written after he found out about his late father’s cancer diagnosis, has a resolute drifter’s wandering heart to guide it.

But no matter where he goes, the current of the Crescent City still tugs at Luke’s music. The sweaty riffs of “Thought I Heard You” are as hot as the beer is cold and the syncopated horns on “Chicken Dinner” are a big, playful flirtation. The psychedelic swamp boogie of “Leghorn Women” brims with charm, both suave and sinister, while the Tom-Petty-on-the-levee vibe of “Born to Roam” makes it a classic-in-the-making road trip anthem.

Blue Mesa was recorded across the globe in the Tuscan fortress village of Lari, Italy and features long-time collaborator and Italian blues guitar dynamo Roberto Luti, Chris Davis of King James and the Special Men, and Mike Lynch (Bob Seger, Larry McCray) on organ, among others.