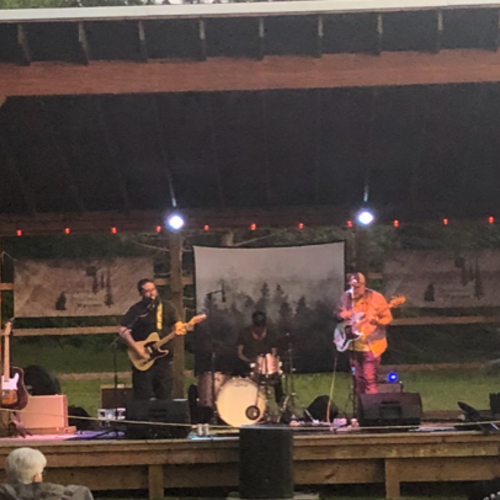 Drew and the boys are returning to Coyote on July 10th! Throughout Michigan, the name Drew Hale is synonymous with powerful vocals, compelling lyrics and haunting melodies. In 2016, Drew won the national Country Showdown competition held at the Ryman Auditorium in Nashville, earning him the title Best New Act in Country Music, as well as the $100,000 cash prize. Most recently, The Drew Hale Band won the Detroit Regional round of 93.1 NashFM’s Nash Next contest.

Influenced by Texas roots and artists such as Reckless Kelly and Eric Church, the Drew Hale Band’s music pays homage to the red dirt country and southern rock scenes, as well as paints a picture of their love for the people and culture of Michigan, where the band calls home. The Drew Hale Band can be found playing throughout the Midwest, promoting their latest album, Roots and Wings (including the single, Pieces, featuring Vince Gill). They have shared stages and played festivals with some of Nashville’s biggest recording artists, including Tim McGraw, Frankie Ballard, Dierks Bentley, Canaan Smith, Trace Adkins, Toby Keith, Cassadee Pope, Scotty McCreery, LoCash, William Michael Morgan, RaeLynn, Drew Baldridge, The Railers, and Adam Sanders. Whether on an intimate stage at one of the many wineries or breweries throughout Michigan, rocking a bar on a Saturday night, or playing festivals such as Common Ground (Lansing, MI) or Arts, Beats, & Eats (Royal Oak, MI), you can count on an eclectic show that delivers a dynamic combination of originals and covers that bridge the gap between country, roots rock, and blues.