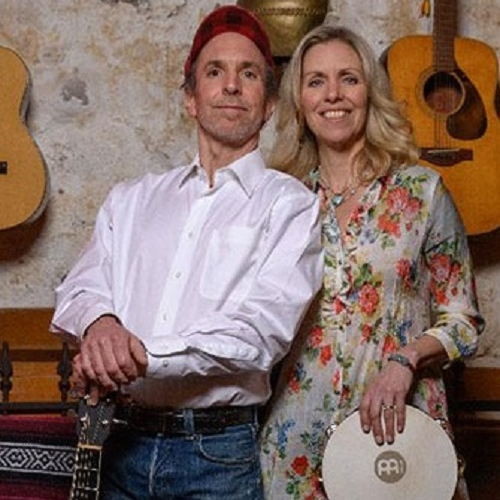 Together Dave and Kristi have performed at music festivals, listening rooms, and brewpubs from the Porcupine Mountains in Michigan’s Upper Peninsula all the way down to Oberlin, Ohio.

Boutette spent ten years with the Detroit-based alterna-rock bar kings The Junk Monkeys. The band toured the nation relentlessly sharing bills with such acts as The Goo Goo Dolls and Hootie and the Blowfish,

Davis logged in about 1,200 performances and 240,000 kicks as a Radio City Rockette. She also sailed the globe as a singer-dancer on luxurious cruise ships, and worked in musical theater productions with showbiz icons Susan Anton, Buddy Ebsen, Maurice Hines, Jack Jones, Paige O’Hara, Juliet Prowse, Rip Taylor, and others.

Kristi’s had so many adventures in show business, she had to write a book to keep them all straight. Her award-winning comic memoir is titled Long Legs and Tall Tales.