Come one, come all....there's something for everyone on this program, especially for those who have not typically attended classical music concerts! With gratitude, the University of Michigan Men's Glee Club offers our song, for you.

We invite one and all to join us for a concert presented by the University of Michigan Men's Glee Club on February 3 at 1:00pm. This concert, led by the new director of the Men's Glee Club, Mark Stover, features a program titled, "This is Our Song." The Men's Glee Club will present a program inspired by songs of peace, justice and hope, along with traditional Michigan Songs which have been shared over the decades as the Glee Club has toured the world with their artistry and spirit. Composers featured include, Felix Mendelssohn, Ralph Vaughan Williams, Vincent Persichetti, Kim André Arenson, Eriks Esenvalds, and many more.

there will be one intermission (concessions line open)

We'd also like to extend a heartfelt thanks to the University of Michigan Club of Greater Manistee-Ludington for their assistance in coordinating and promoting this event.

Thank you to West Shore Community College for their help with the choir logistics.

ABOUT THE GLEE CLUB

Founded in 1859, The University of Michigan Men's Glee Club is one of the oldest collegiate chorus in the United States and the oldest continually-run student organization on the Michigan campus. Long acclaimed as one of the finest male choruses in the world, the Glee Club has achieved this stature by sustaining and respecting the traditions which have been established during its 159 year history. The graduate and undergraduate members of the Glee Club, chosen by audition at the beginning of both the Fall and Winter terms, represent a wide spectrum of majors in a majority of the University's 19 schools and colleges and its student officers are responsible for the management of all non-musical Glee Club operations. The Glee Club has become renowned for its wide repertoire of music that incorporates selections from different musical styles and periods including Renaissance motets, Romantic anthems, opera choruses, folk songs, spirituals, contemporary works, and, of course, Michigan songs. The Friars, a nine-member subset of the Glee Club, are in their 63rd year and serve as an extension of Club as they maintain an ambitious performing schedule.

The Glee Club was honored in 1959 to be the first American male chorus to win first place at the International Musical Eisteddfod in Llangollen, Wales, (and has since won three more first prizes at the same competition), and in 1967, circled the globe in celebration of the University's sesquicentennial year. Recent international tours have included Southeast Asia (1989), Eastern and Central Europe (1992), South America (1996), and Australia (2000), and the British Isles (2004). The Club has also made appearances at Avery Fisher and Alice Tully Halls at the Lincoln Center in New York, the Kennedy Center in Washington DC, the pre-game festivities for the 1984 World Series and the Intercollegiate Men's Choruses National Seminars in 1986 and 2004. The Club has also had the esteemed privilege of performing at the American Choral Directors Association Central Division Conventions in 1992 and 2000 and the ACDA National Convention in San Diego in 1997. In addition to the numerous recordings to its name, the Club was recently honored to be featured on Manheim Steamroller's double platinum CD Christmas Extraordinaire.

Regarded as a leading conductor and pedagogue in the US and abroad, Professor Mark Stover shares his passion for people and building community through pursuing the highest levels of artistry. Beginning in September 2018, he will commence an appointment as associate director of choirs at the University of Michigan where he will conduct the Men’s Glee Club and the University Choir, teach undergraduate conducting, and serve as the conductor of the Michigan Youth Chamber Singers.

Professor Stover comes to Ann Arbor from Northfield, Minnesota, home of Saint Olaf College, where he has served on the music faculty as conductor of the St. Olaf Chapel Choir (SATB) and Viking Chorus (TTBB) while teaching conducting and a new course he designed titled, Music and Social Justice. Both of these choirs regularly appear in the annual St. Olaf Christmas Festival, a tradition held for over a century and regarded around the world as one of the great music festivals of the season. Recently, Prof. Stover led the Chapel Choir, Viking Chorus, and the Festival Mass Choir of over 400 voices in the St. Olaf Christmas Festival presented at Orchestra Hall in Minneapolis at the 2017 National Convention of the American Choral Conductors Association (ACDA). Additionally, Stover served for multiple seasons as the artistic director of Magnum Chorum, a semi-professional choral ensemble of over 60 voices based in Minneapolis-St. Paul. Magnum Chorum was a featured ensemble in the 2017 ACDA National Conference in the Raymond C. Brock Commission performance under the baton of Robert Spano.

Notable performances and collaborations under Stover’s leadership with Magnum Chorum include the commissioning and world premiere of Paul Rudoi’s concert length musical drama, Sermon on the Mount; a collage concert creation with composer Jake Runestad addressing gun violence in the United States; and major works by Rheinberger and Gjeilo. Additionally Prof. Stover has conducted the annual oratorio concert with the St. Olaf Orchestra and Chapel Choir, performing Francis Poulenc’s Gloria, Dan Forrest’s Requiem for the Living, Morten Lauridsen’s Lux Aeterna and a new work by Charles Forsberg, titled, Cantica in Laude Sacri. In spring 2018, Prof. Stover's Chapel Choir will be collaborating with the St. Olaf Choir and Orchestra to bring an original Buddhist oratorio to Orchestra Hall in Minneapolis for the world premiere of The Path by composer Justin Merritt. Among his most meaningful musical partnerships is the creation of a residency between the singers of Magnum Chorum and Voices of Hope, a choir made up of women incarcerated at the Shakopee Women’s Prison (MN), directed by Amanda Weber.

Prof. Stover has been featured as a conductor and pedagogue throughout the United States and abroad and has led ensembles in Ukraine and France. In 2014, Stover guest conducted the famed St. Olaf Choir and led the ensemble in performances throughout the Midwest. Upcoming guest engagements include the 2018 Together In Hope Project, a professional touring choral ensemble from the Twin Cities who will travel to perform several concerts in Rome and the 2019 Interscholastic Association of Southeast Asian Schools in Singapore.

Stover’s leadership has been a bridge between the academy and the broader community. He has served as the Director of Worship at Colonial Church in Edina (MN) for over a decade, overseeing multiple choral and instrumental ensembles, conducting the Colonial Chorale and founding the Colonial Chamber Singers. Prior to Colonial, he was the Director of Worship, Music and Arts at Walnut Creek Presbyterian Church in the San Francisco Bay Area where he also taught choral music and contemporary a cappella ensembles at Campolindo High School. Mark is the former R&R Chair of Music in Worship for ACDA of Minnesota, and this summer, he will act as lead faculty coordinator for the biennial St. Olaf Conference on Worship, Theology and the Arts.

Prof. Stover holds degrees from St. Olaf College and Luther Seminary where he studied conducting and choral repertoire under the mentorship of Dr. Anton Armstrong and Dr. Paul Westermeyer.

Shohei earned a Master of Music degree in Conducting from the University of Michigan in 2017 and a Bachelor of Arts degree in Music (focus in composition and minor in math) from Lewis & Clark College in 2013.

Joshua Marzan is a freelance pianist in the Southeast Michigan area. He currently works for the University of Michigan as a staff pianist, playing with instrumentalists and coaching singers. He plays for various auditions, competitions, and concerts, including recitals with DSO members. Before coming to Michigan, Joshua received a BM in Piano Performance from Virginia Commonwealth University and a MM and GD in Collaborative Piano from the New England Conservatory. He recently graduated with a DMA in Collaborative Piano from the University of Michigan under Martin Katz. 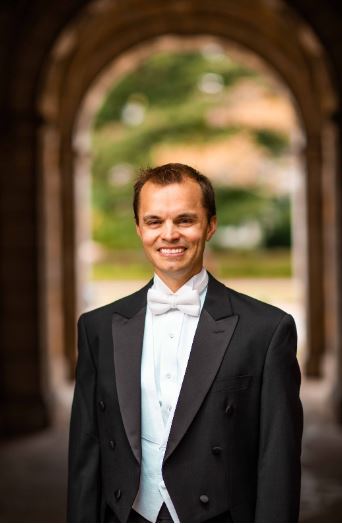 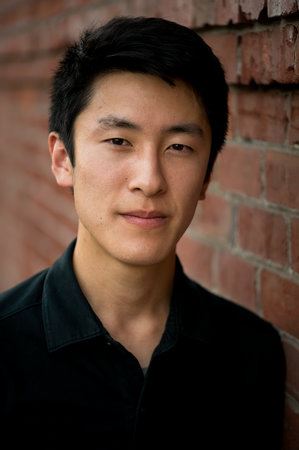 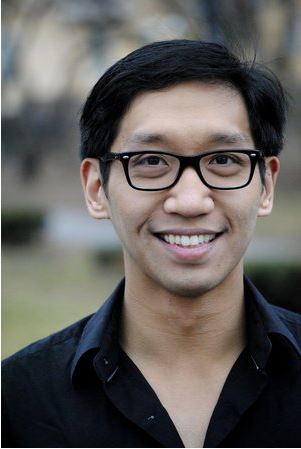