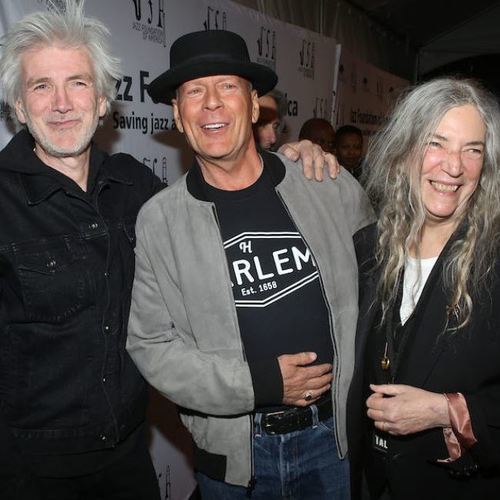 With deep roots in Ann Arbor and echos of the Old Heidelberg, The Ark and. The Brown Jug,  Mustard's Retreat shares some of its heritage with Red Sky Stage.  Libby Glover, Michael Hough and David Tamulevich played together and separately in various combinations and in fits and starts in those haunts and elsewhere  The trio performed together off and on throughout the late 70’s whenever Libby was back from her various travels until a permanent move left Hough & Tamulevich on their own. Success and praise continued to follow them as a duo for the next 40 years, during which time they released a series of acclaimed recordings – now numbering 14. Libby moved back to Michigan in 2014, and they began singing together again. The old chemistry was still there, deepened by the years of performing, stagecraft, songs, and the abiding friendship they all shared.

In the Summer of 2018. Mustard’s Retreat released their first album ever as a trio, Make Your Own Luck.  Now approaching their 45th year, they’ve traveled more than a million miles and performed more than 6,000 shows, from pig roasts and pool parties to Lincoln Center Out of Doors, The Barns at Wolftrap and the Kennedy’s Center’s Millennium Stage.

Their performances are always joyful and uplifting, as well as intelligent, thought provoking and insightful. They’ve recently begun referring to their career and touring as “Defiantly Hopeful.” In part due to their long career, but more as a statement about what the music has meant to them. “Folk music is, at its heart, defiantly hopeful!” Tamulevich says. “We came of age in the 60s, at the confluence of Pete Seeger, Peter, Paul & Mary, Bob Dylan and the singer/songwriter revolution. We care much more about what we do and stand for and finding that common ground with our audiences, than fame or money: this is our community of choice, and we consider ourselves so fortunate to be here.”.