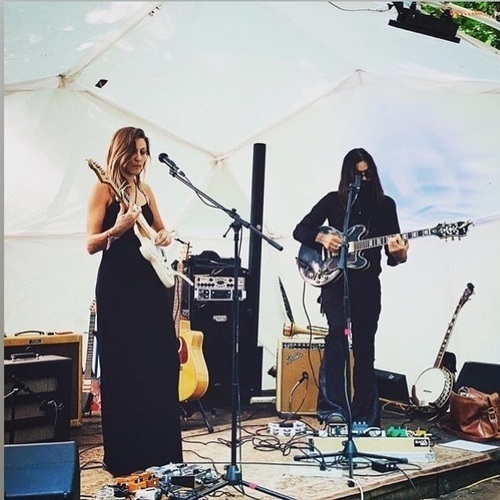 Lifetime local and outstanding talent on the Northern Michigan music scene, Lee Dyer has returned from a year on the road for a brief visit with the home folks and bringing with him several friends he made on the road.

The concert starts with Lee's new band, Aunt Vicki, an ethereal folk duo with a dreamy surreal rock and roll vibe. The two songwriters Erin Campbell and Lee Dyer are living a life on the road exploring the world around them while they work on developing a distinct sound and style.

Next up is Bombay Gasoline, an electro-rock power duo from Asheville, NC formed by Madison Maxwell (Vox/Keys) and MG O’Shea (Drums/Production).

Finishing out the night will be Cicada from New Orleans Louisiana. Cicada is Bayley Crow on bass and vocals, Hannah Schaeffer playing drums  and Roxy LeBlanc contributing guitar and vocals.   Cicata is a power trio dedicated to female empowerment and rocking out hard! They have been known (in their own words) to get "a little gobliny sometimes."