Ed Asner: A Man and his Prostate

Ed Asner: A Man and his Prostate 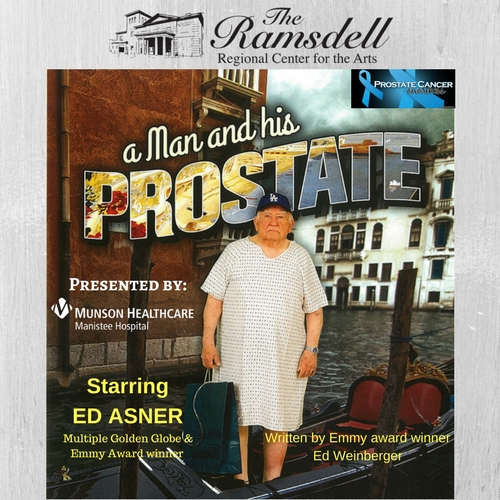 Presented by Munson Healthcare Manistee Hospital, the Ramsdell welcomes Ed Asner to the stage. In honor of prostate cancer awareness week, join us at the Ramsdell Regional Center for the Arts for this hilarious comedy "A Man and his Prostate" starring Ed Asner, written by Emmy award winner Ed Weinberger.

Based on a true-life experience, a man discovers his inner self in more ways than one. A near tragedy is masterfully transformed into a one-man comedy, perfectly portrayed by Ed Asner in his hilarious visit to the hospital in preparation for surgery he doesn’t want.

5:30 pm Refreshments available in the Ballroom

7:30 pm Show starts in the Theatre (the show is in two acts)

Ed Asner has been an enduring presence in television, film and stage for 60 years. Developing his craft in Chicago and New York, Ed established himself as a solid and versatile performer, regularly featured in roles on the big screen and in such landmark television series as “The Outer Limits”, “Gunsmoke”, “The Wild Wild West”, “Ironside”, and “Mission Impossible”, totaling more than 100 television credits.

In the ’70s, his role as Lou Grant in the long-running hit sitcom “The Mary Tyler Moore Show” catapulted him to stardom. He then cemented himself as an “actor’s actor”, perpetuating his character in the dramatic series “Lou Grant”. Ed is the only actor to have won an Emmy for the same role in both a comedy and a drama (five total as Lou Grant). He went on to win two more Emmy Awards for complex roles in the mega-hit miniseries “Roots” and “Rich Man, Poor Man”.

Throughout his career, Ed has always been in great demand. In addition to his celebrated work in television, he turned in unforgettable performances in films such as “JFK”, “Elf”, and “Pacific Edge”.

He returned to Broadway in “Grace”, and toured the country with his one-man show “FDR”, portraying President Franklin D. Roosevelt.

If that weren’t enough, Ed served two terms as President of the Screen Actors Guild, protecting the rights of professional working actors.

Born and raised in Philadelphia, Ed Weinberger began his TV career after he dropped out of Columbia University to begin a writing career for stand-up comedians Dick Gregory and Richard Pryor. His first job in television was writing for “The Tonight Show starring Johnny Carson. He was also a contributing writer for Bob Hope, “The Dean Martin Variety Hour” and “The Cosby Show”, which ran for 8 years, receiving 9 Emmy nominations.

Weinberger also wrote for the TV series “Taxi”, for which he was awarded an EMMY for Best Outstanding Comedy Series. He went on to create several sitcoms, including “Amen”, “Dear John”, “Baby Talk” and “Sparks”. 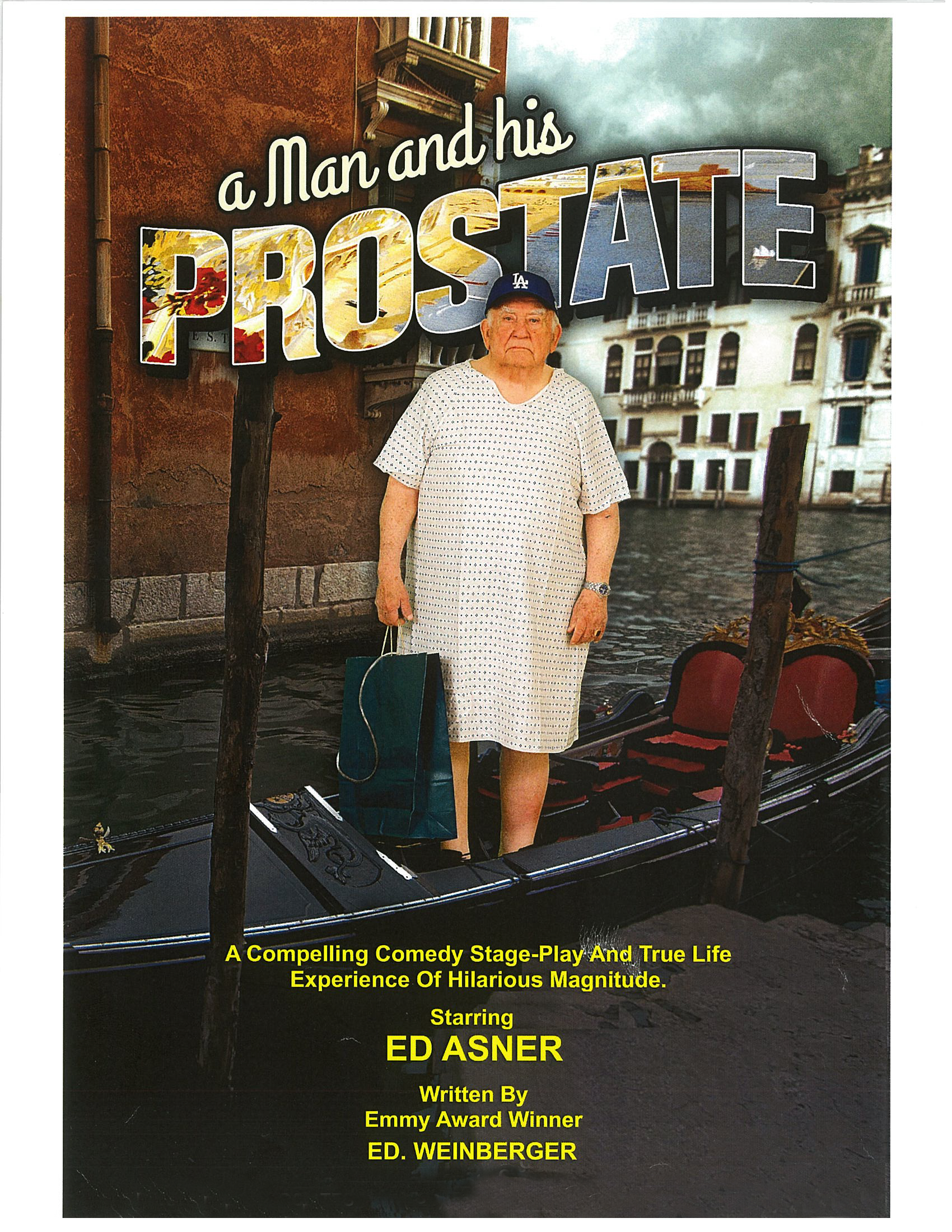 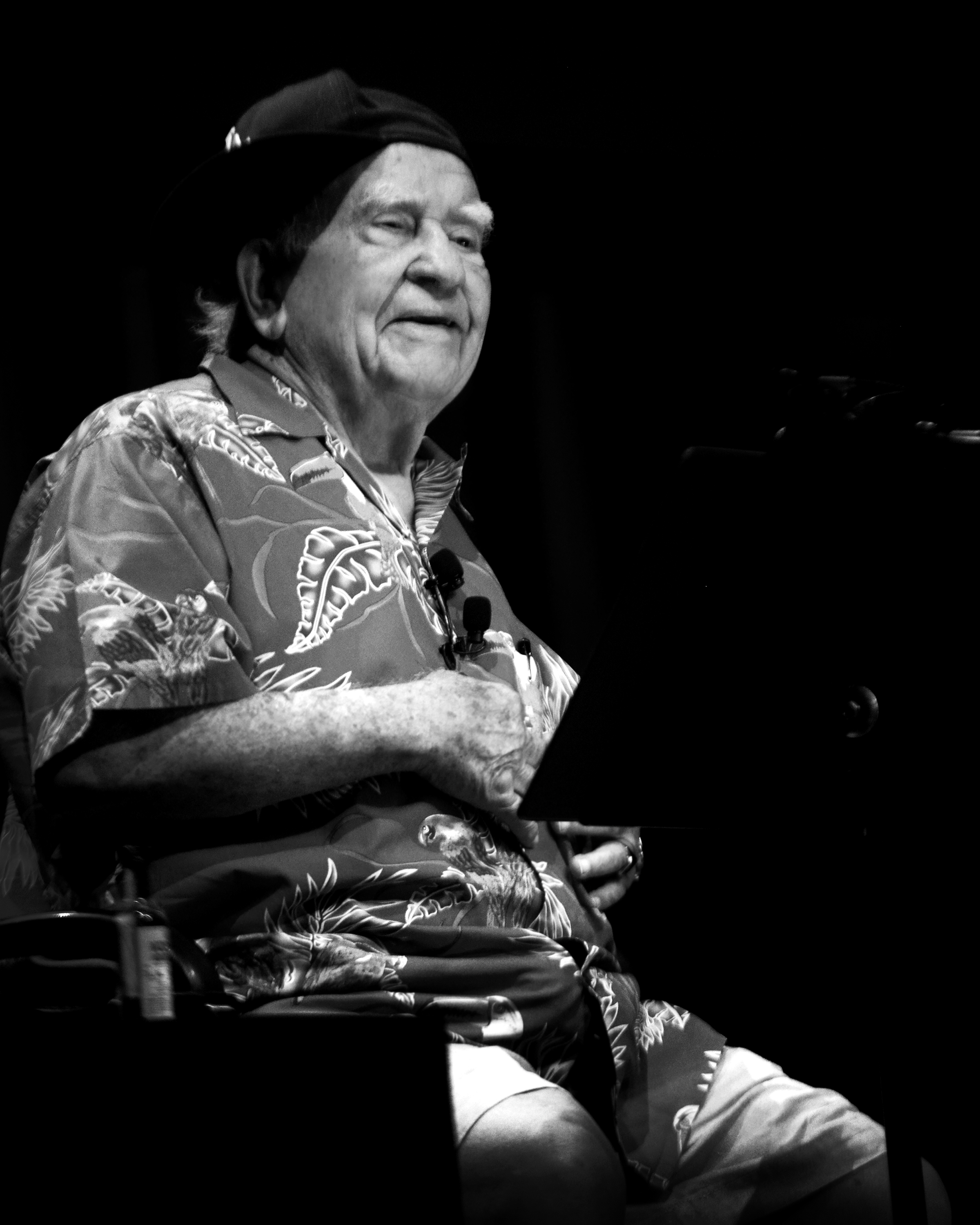